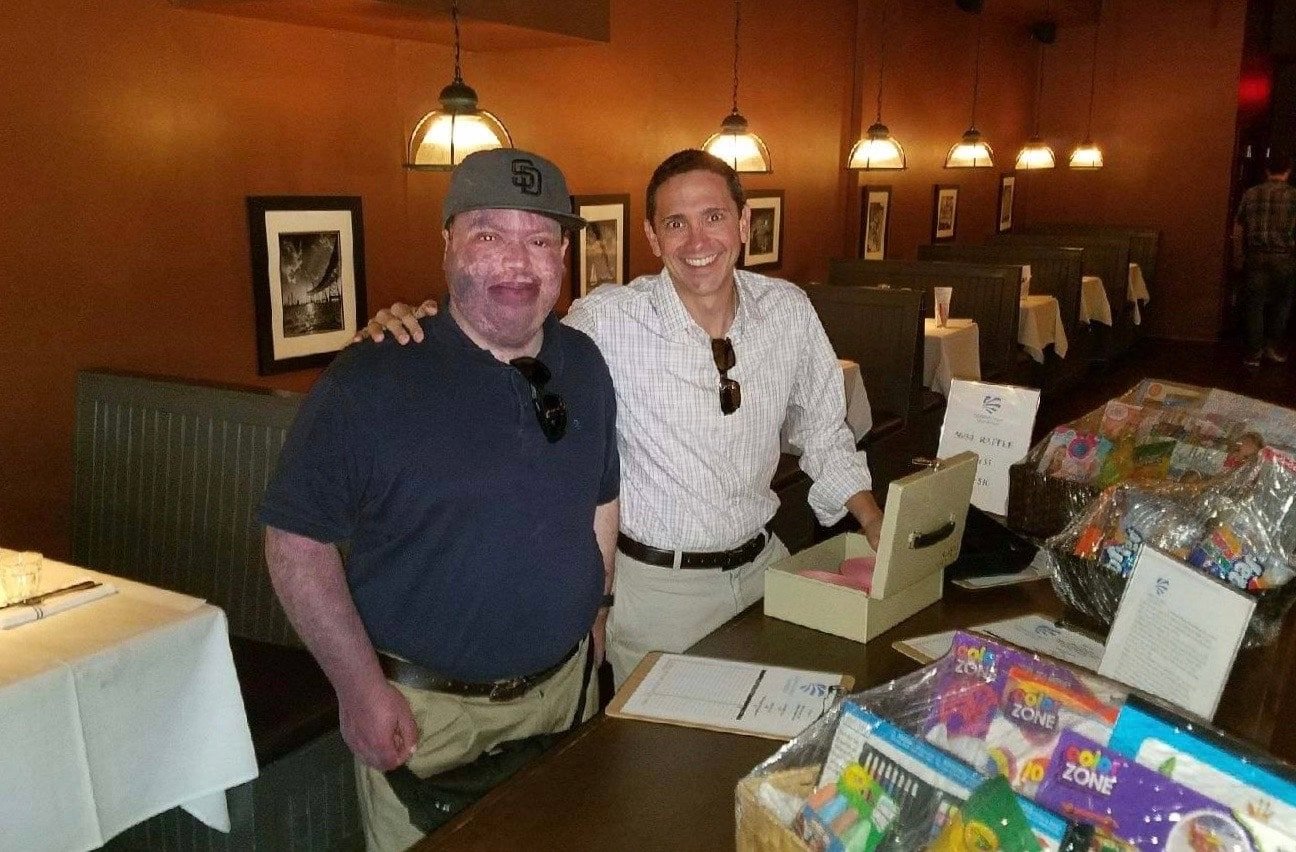 Dr. Anne Comi is Paul Siegel’s neurologist and her clinical expertise is in the diagnosis and treatment of the neurologic aspects of Sturge-Weber Syndrome (SWS) and other capillary malformation-related disorders. In 2013, Dr. Comi, along with colleagues Jonathan Pevsner, Ph.D. and Douglas A. Marchuk, Ph.D., discovered the cause of SWS and port-wine birthmarks — a somatic activating mutation in the GNAQ gene which occurs during early pregnancy. “Now that we know the underlying genetic mutation responsible for both conditions, we’re hopeful that we can move quickly towards targeted therapies, offering families the promise of new treatments for the first time,” said Dr. Comi. Although much more research must be done, the study, published on May 8, 2013 in the New England Journal of Medicine, brings researchers closer than ever to a cure.

Celebrate Hope Foundation is extremely proud to have worked with Paul on this worthwhile event in support of Dr. Comi’s amazing work! Stay tuned for future events with Paul!

Below is a message from Paul Siegel:

My name is Paul Siegel, I am a 35-yr-old male born with Sturge-Weber Syndrome (SWS), a rare vascular and neurological disease. Since I was the age of 14 I have been treated by Dr. Anne Comi, a neurologist and specialist in SWS.

After years of treatment at the Hunter Nelson Sturge-Weber Center at Kennedy Krieger Institute, I decided it’s time to give back. Within the last few years Dr. Comi and her colleagues have found the cause of SWS. Their research and studies were supported through fundraising. Now it’s time to take the next step and hopefully raise enough funds for further research to find new medications, treatments, therapies and maybe even a cure for SWS.

But this event is not just about fundraising, it’s about raising awareness about SWS and putting the Hunter Nelson Sturge-Weber Center on the map so people with SWS know where they can come for the best treatment.

Let’s make a difference for people living with SWS, and let’s help push research forward by raising the most funds possible.

You can donate to the cause by visiting our website at DONATIONS.